Hello, friends, and welcome to the weekend. Hungry for some brunch?

We have lots on the brunch buffet today. Mostly lighter fare this week. But one thing we won’t be serving is this:

That, my friend, is ham-flavored ice cream. Yes, an ice cream emporium in the Garden State, Windy Brow Farms, has raised eyebrows by launching a new flavor mixing ice cream and ham. So, if you love ice cream and you love ham….well, you’re still going to hate this. The concoction combines maple-flavored ice cream, chunks of challah French toast and pieces of caramelized Taylor ham. Two pounds of the porky product is mixed into each 2 1/2 gallon container of ice cream.

What’s Taylor ham? Well, apparently it’s a Jersey thing. According to Modern Farmer magazine, Taylor ham is a processed pork loaf, somewhere in between Canadian bacon and Spam, that is central to New Jersey cuisine. In northern New Jersey, it’s usually called Taylor ham (after a manufacturer) while in the south of the state it goes by pork roll. Just what I need…yet another reason to never visit New Jersey.

Saw this sign. Can’t figure out why they want to ban the world’s coolest dog:

President Trump repeated on Wednesday that he is seriously thinking of creating a sixth branch of the military called the “Space Force.” No, they won’t patrol the distant reaches between him and Melania. Rather, Trump laid out the rationale, as usual, very eloquently: “We should have a new force called the Space Force….It’s like the Army and the Navy, but for space, because we’re spending a lot of money on space.”

At first, I was excited. I mean, the battle between Trump’s Space Force and Elon Musk’s Space Mercenaries is going to be fantastic.  But then I realized the whole thing is a blatant ripoff. We’ve already had a Space Force, and here is a documentary to prove it:

Oh, and I have to add this, just because its fun:

Kanye West is under fire for an interview with TMZ where he described slavery as “a choice.” You know, it’s never a good sign when the moral high ground in a room is held by the people of TMZ. A LOT of people were pissed at Kanye about this. Rapper Snoop Dogg posted a photoshopped image of Kanye West with white skin to punish Kanye for losing his black street cred. Snoop then returned to his cooking show with Martha Stewart.

7-Eleven has announced they are going to be offering healthier options for their customers. The CEO said, “We want our customers to live to be as old as one of our hot dogs.”

Say it ain’t so, Sven: Sweden Officially Admits that Swedish Meatballs Are Actually Turkish. My whole life is a lie.

A New Jersey schools superintendent was arrested Monday when officials discovered he had been defecating on a rival high school’s football field “on a daily basis,” police said.

Thomas Tramaglini, 42, was charged with lewdness, littering and defecating in public, police said Thursday. The Kenilworth schools superintendent was arrested after surveillance video caught him in the act on Holmdel High School’s football field.

Authorities began hunting for the “mystery pooper” after Holmdel High School staff and coaches for football and track reported finding human feces on or near the field nearly every day.

A California man who police say was drunk and hungry broke into a Taco Bell this weekend in the middle of the night and ate taco ingredients. So, its one of those cases where the punishment is the crime. By the way, do you know what do you do after placing an order at Taco Bell? Look the cashier dead in the eyes and say “Remember, we never had this conversation.” 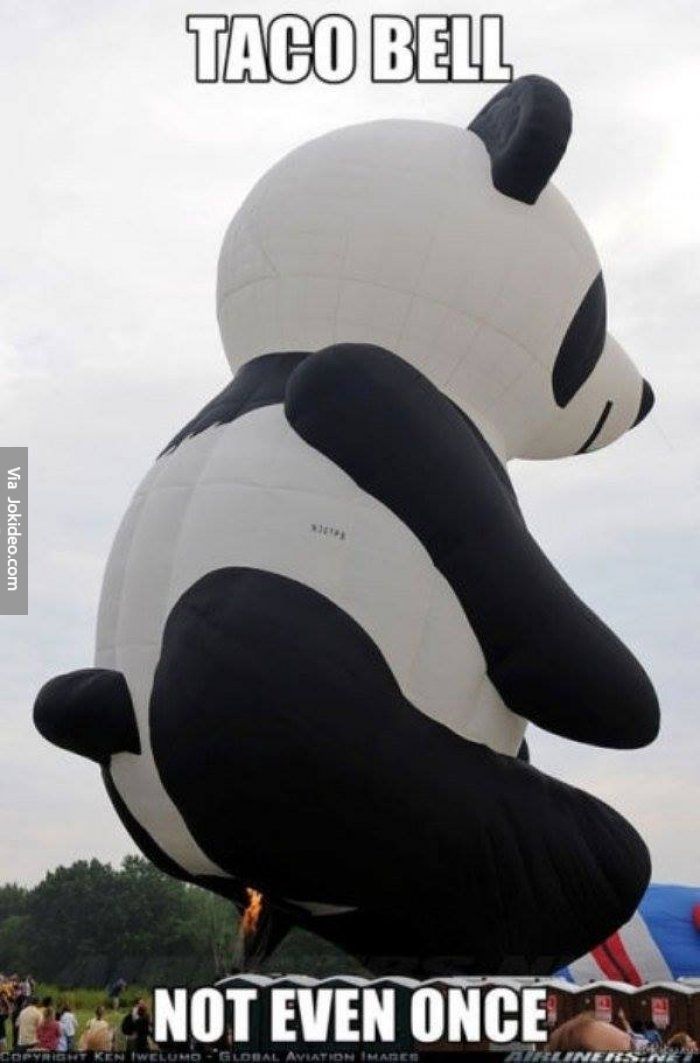 Whole Foods is under fire for helping fund an Asian restaurant called “Yellow Fever.” The restaurant is owned by a Korean woman, Kelly Kim, who says she wants to reclaim the racist term. Hmmm. Nor sure about this one, Ms. Kim. Even if people get past the way the term has been used racially, “yellow fever” still has its origins as the name of a wasting and deadly disease. One that is still prevalent in South America and Africa, and has killed tens of thousands since 2010. Is that really the branding you want?

Is part of Hitler’s jawbone in a cigarillo box in Russia? Hard to say, but Jean-Marie Pottier explains why some people care.

Why does everyone hate Richard Nixon? He isn’t cool:

He was often deceitful and in crucial respects unprincipled, but hardly less so than his predecessor, Lyndon Johnson, whom many modern biographers have gone out of their way to praise on the grounds that he expanded the American welfare state, though the empirical evidence of its success is lacklustre at best. Nixon had his enemies spied on and used federal agencies to bully them, but other presidents, before and since, have done the same, and in any case hatred for Nixon long predated post-Watergate revelations of his paranoid vindictiveness. John Farrell, in Richard Nixon: The Life, comes close to the answer when he observes, near the beginning of his account, that ‘there is cool and there is square, and Richard Milhous Nixon was nothing if not square’. Coolness – the quality of appearing self-possessed, at ease with oneself – became an essential part of democratic politics with the rise of tele­vision. That happened roughly from the time Nixon was urged to run for Congress in 1945 (where Farrell’s book begins) to the time he was defeated by John Kennedy in the 1960 presidential contest.”

This made me chuckle:

And now some words in praise of puns:

Puns are embedded in everything people don’t like—advertising, novelty menu items, morning news show banter, movie review headlines—and often delivered with a certain smirking expectancy. The point too often seems to be less about the clean feng shui of inventive wordplay, than the fact that someone has made a pun at all. The good news is that puns are also embedded in everything people do like, and in the right hands they are tiny word-shaped miracles.”

The dirty secret of puns is that people like them when they’re terrible as much as they do when they’re great. They just don’t like them anywhere in between. When puns are truly great, though, it’s undeniably impressive. There’s a kind of math undergirding most jokes, but puns are especially equational. Making one out of unlikely elements floating around in the air is like solving a verbal speed-puzzle. T

he best ones make you wonder how on Earth a person came up with something so perfect so quickly.

Speaking of puns, yesterday was the High Holy Day for Star Wars aficionados: May the Fourth be With You. Someone working for Heathrow airport has a good sense of humor:

Why not add to the fun with some random Star Wars humor?

Here is some …great news. Hallmark will produce 34 Christmas movies in 2018. And…my wife will want to see them all.

Let’s end with some photos of the week, courtesy of The Atlantic: