Hello friends, and welcome to the weekend? Better have some brunch before your big plans for the day.

Regular commentator Ted said on Tuesday that I should include cats in my column this week. I always obey Ted; he has some rich blackmail material on me. So I will be throwing in some random cat videos of cats. Hope you enjoy. Let’s start now.

When Paul Gilmore was 13 his family emigrated from England to Australia. Paul got a little bored on the long boat ride, so wrote a letter asking someone to be his penpal, put it in a bottle, and threw it overboard. Last week the bottle was found by nine-year-old Jyah Elliott — FIFTY YEARS later. Jyah found the bottle on a beach in South Australia, and wrote back on Tuesday.

It was a cold-blooded crime. Reptile breeder Brian Gundy had just given a talk and animal presentation Saturday at the Dr. Martin Luther King, Jr. Library in downtown San Jose. While going to get his car parked on the second level of the Fourth and San Fernando Street garage about 4:30 p.m., he left his his snakes and lizards in boxes and a bag in a no-parking zone.

When he returned for his critters, he made a grim discovery.

“As I was loading up my gear, I realized the bag that had my four pythons and blue skink lizard inside was gone and they were just there seconds ago.”

I feel really bad for the snakes, but I would LOVE to see the thief’s reaction when he opened that bag—hopefully in really small car.

Well, this is interesting: A new experiment proves that giant molecules can exist in two places at once: “Giant molecules can be in two places at once . . . That’s something that scientists have long known is theoretically true based on a few facts: Every particle or group of particles in the universe is also a wave—even large particles, even bacteria, even human beings, even planets and stars. And waves occupy multiple places in space at once. So any chunk of matter can also occupy two places at once. Physicists call this phenomenon ‘quantum superposition,’ and for decades, they have demonstrated it using small particles. But in recent years, physicists have scaled up their experiments, demonstrating quantum superposition using larger and larger particles. Now, in a paper published Sept. 23 in the journal Nature Physics, an international team of researchers has caused molecule made up of up to 2,000 atoms to occupy two places at the same time.” 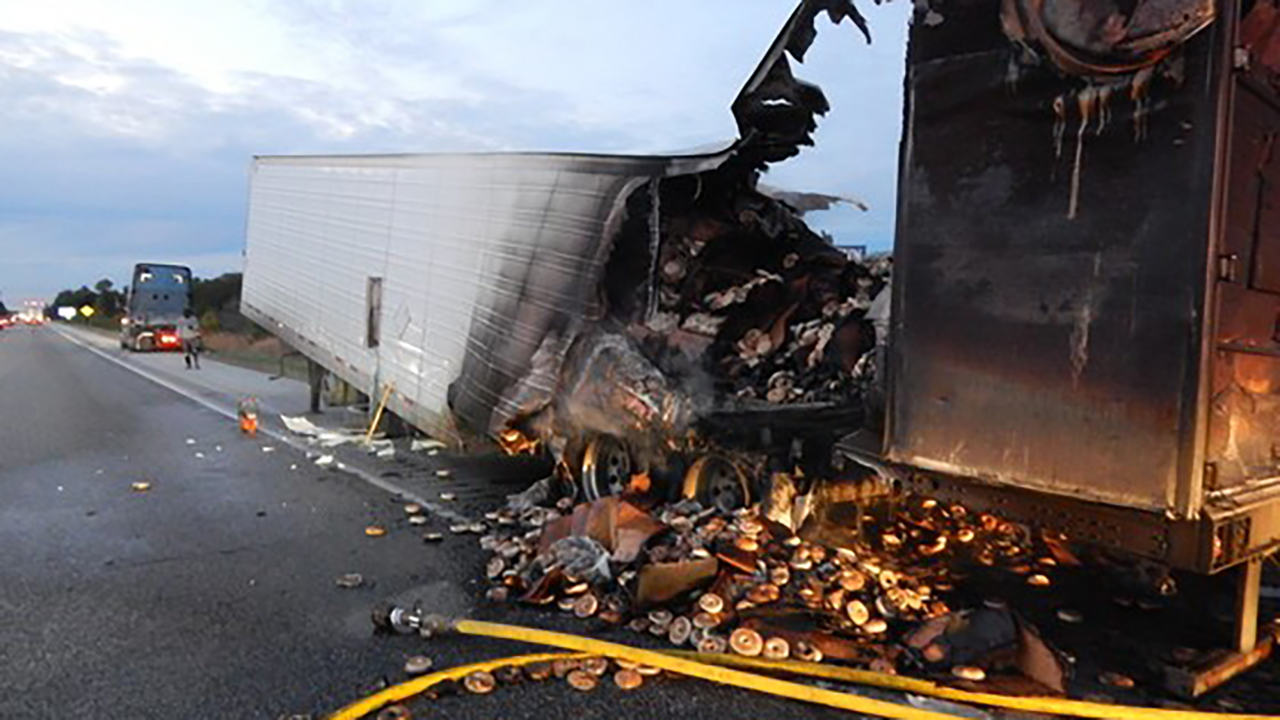 On the plus side, now they’re already toasted!

Why do zebras have stripes? Japanese researchers had a theory that they wanted to test out: that the stripes confused flies, who then bit the zebras less often than they would if they had no stripes. But how to test this? Well, why not paint some stripes on cows?

Sure enough, the striped bovines had 50 percent less flea bites than their plain-jane sisters.

What is the oldest restaurant in the world? “A tiny trattoria in Rome that specialises in tripe and boasts Caravaggio, Goethe and Keith Richards among its past customers has laid claim to being the world’s oldest restaurant and hopes to knock a Spanish rival out of the record books.”

Apple removes app: The company took down HKmap.live, which let protesters in Hong Kong track the police, after intense criticism from China.

Alex Cameron is no fan of street art. In fact, he argues that street art is a crime and should be punished not celebrated:

“Street art is an individual act that speaks of a chronic lack of consideration for anyone else. Its creators think they know best. They decide what, when and where. The people who live there, and must live with it, don’t have a say. There is no ‘demand’ for street art from ordinary people, and there is no consensual or participatory impulse on the part of the artist. It is only one person’s view of what should be and what is good for ordinary people. It is the act of an entitled, middle-class narcissist.”

Dominic Green laments the decline of American arts: “Everything is derivative and nostalgic. Nothing of note happened in painting or dance — or criticism, because the task of the American critic is to write obituaries and rewrite press releases. In music, Taylor Swift, once the Great White Hope of a dying industry, emitted a scrupulously bland album by committee. The jazz album of the year was, as it was last year, a studio off cut from John Coltrane, who died in 1967. The show, or what remained of it, was stolen by Lizzo, an obese but self-affirming squawker who, befitting an age of irony and multi-tasking, is the first person to twerk and play the flute at the same time. Meanwhile at the Alamo of high culture, 87-year-old John Williams marked the Tanglewood Festival’s 80th anniversary by perpetrating selections from Star Wars and Saving Private Ryan for an audience of equally geriatric and tasteless boomers.”

When did the universe stop making sense? That’s the question LiveScience asked this week:

We’re getting something wrong about the universe.

It might be something small: a measurement issue that makes certain stars looks closer or farther away than they are, something astrophysicists could fix with a few tweaks to how they measure distances across space. It might be something big: an error — or series of errors — in  cosmology, or our understanding of the universe’s origin and evolution. If that’s the case, our entire history of space and time may be messed up. But whatever the issue is, it’s making key observations of the universe disagree with each other: Measured one way, the universe appears to be expanding at a certain rate; measured another way, the universe appears to be expanding at a different rate. And, as a new paper shows, those discrepancies have gotten larger in recent years, even as the measurements have gotten more precise.

They also gave us this really cool illustration of the problem. To understand it go here:

Here is Alex Noel who won the New England Giant Pumpkin Weigh-Off with a  2,294.5 pounds gourd:

Hmmm…this doesn’t seem right: a study claims that one American in four has NEVER eaten vegetables? How is that possible?

Best and worst candies? As soon as October hits, debates on hot-button political issues take a backseat to what might be the most important discussion of all time: Which Halloween candy is the best, and which is the worst? To find out, CandyStore.com aggregated data from several best and worst lists from sources like Business Insider, Bon Appétit, and BuzzFeed, and combined its findings with surveys from more than 30,000 of its customers. The results are about as close to a definitive answer as we can maybe ever hope to get.

In case you don’t recognize the name of some of these, here is a visual This part surprised me. How can anyone think candy corn is worse than those nasty, chalky necco wafers, or those peanut butter kisses with the consistency of wet cement? How would you vote?

Well, that’s it for this week. Chaplain Mike will be back at the con next week. See ya!