Dear imonk friends. On Tuesday night’s Christmas Eve Service I shared some thoughts on what Christmas means to me after a year of great loss and pain. I am posting them here in hopes it may help someone.

2019 has been the worst year of my life. I won’t go into details, but just a brief summary; A year ago our son Joe was diagnosed with an intense mental illness; in April he took his own life. This fall Amy’s father passed away rather suddenly. And our only remaining parent (my stepmother) has suffered severe medical problems and is in a precarious place right now.

Nine months later, am I over it? Nope. I still have times, often coming out of nowhere, where a wave of grief and sadness and shock will hit me. The waves are not as strong, nor do they hit as often, as in the past. But they are still there.

My goal in relating this is not to elicit your sympathy. Rather, I simply want to share what Christmas means to me this year, after a season of great loss and pain. What does the Christmas say about the empty chair?

First, it means that my pain and suffering are not unknown to God. Instead, they are shared by God. He is not the absent God of the deists, or the remote God of Aristotle. Nor is He only the moral/creator God of the First Testament. He is a God who has chosen to walk among us… to get into the boat of our humanity.

The incarnation means to me, in a deeper way than I had experienced before, that God’s heart beats with love and sympathy for the losses of my life.

That God Himself knows what it is to see the empty chair at the table.

But even more than this…Christmas is also very precious to me this year because it tells me that the worst thing is not the last thing. I stole that phrase from Pastor Mike Mercer, who used it as the basis for Joe’s funeral devotional. The phrase has stuck with me, because it doesn’t seek to minimize the pain; it is the worst thing, losing a child, especially in such circumstances. At least it is to me. But it is not the last thing.

For Jesus came…not only to share our sorrows, but to redeem them. And to give the hope of the resurrection. The hope that pain and suffering and loss are NOT random…NOT pointless…NOT the hand of impersonal fate. And NOT the end of the story. 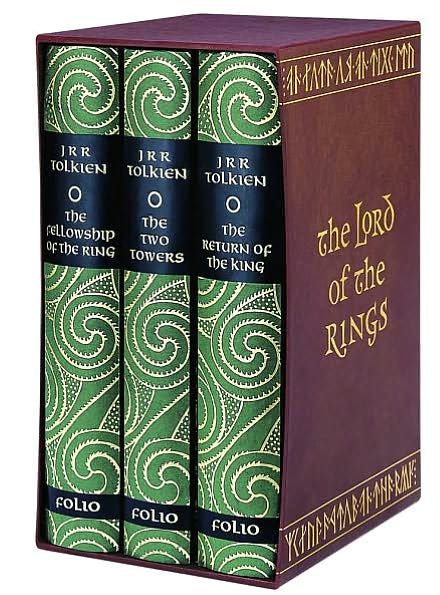 Last year I was given a beautiful 3-volume set of the Lord of the Rings (from the Folio Society). If you have read this set you know that it is a continuous story, in which the evil and unrest and destruction of the first volume find resolution and redemption in the third. Imagine, if you will someone unfamiliar with the story, who happens to find the first volume at a garage sale or someplace but doesn’t know that volume 2 and 3 exist. Would they not likely conclude that the story, though powerful and profound, is pessimistic and somewhat sad; so much is still wrong, so many sacrifices wasted on nothing, so much evil still holding sway.

And that is where we may find ourselves: at this point, we still live in volume 1. But Jesus has come, and told us that the future volumes are already written, that evil and death and suffering are NOT the final word, that sacrifice is not in vain, that pain has a purpose.

That partings are not eternal.

For the author has stepped into the story, to make all things right, in their time.

This is what I believe. This is why Christmas is especially precious to me this year. The hands of the King are hands of healing and redemption. Suffering and separation are not forever; pain is not the final word. Death itself will die, and resurrection will rule.

The worst thing is not the last thing.

This is what Christmas means to me this year.

17 thoughts on “Christmas and the Empty Chair”